Last week Admedo attended and spoke at The Indie Summit, a large scale global two-day conference for independent agency leaders to come together to learn, share and inspire.

True to The Indie Summit’s promise I did indeed leave the conference feeling inspired and motivated having listened and spoken to accomplished attendees and speakers who had travelled far and wide. They gave their perspective on a broad range of topics including the transformation of marketing, communicating with the much sought after millennial group, the important role women play in agencies and much more. It was clear to see that every person in there was passionate about the field they were in – not least because a show of hands confirmed it.

Needless to say we were delighted to have been handpicked to speak at The Indie Summit and present to a room which shared our vision. A clear theme which came out of the summit was the entrepreneurship of independent agencies who have successfully found a space where they can create their own environment, cultivate their ideas and of course focus on their customers. In this fast-paced business, grasping these core success factors along with having the ability to pivot and move along with changes in the landscape make independent agencies a force to be reckoned with.

Khalil Ibrahimi, MD at Admedo kicked off his talk about the ad tech sector opening with a quote from Felix Roth’s publication, The Effects of the Financial Crisis on Systemic Trust.

What does this quote have to do with ad tech? Unfortunately, quite a lot. Khalil went on to explain that integrity within the ad tech sector has been eroded and honesty replaced with cloak and dagger practices. The digital ecosystem is broken and both advertisers and agencies are culpable. Advertisers are guilty of squeezing the margins for agencies so much so that it actually makes managing their accounts a loss making activity, and on the other side you have certain agencies that have become greedy and turned to nefarious practices such as arbitrage, hidden margins and media kickbacks, and that’s just what has been exposed in the press. It would seem that various network agencies have their very own Lumascape with a growing list of undisclosed tech providers that have been bolted on to client accounts. According to the World Federation of Advertisers, typically 28% of client investment actually reaches eyeballs after going through the “murky supply chain” as phrased by Marc Prichard, CMO at P&G. Khalil referred to a client who recently came to Admedo after carrying out an audit on their supplier and uncovering that only 7% of their programmatic investment reached eyeballs! Prichard isn’t the only prominent source that has stood up and expressed his dismay for the status quo, it’s a domino effect which signals that digital has come to its moment of inflection.

Khalil went on to explain that Admedo’s role within this landscape is to work with independent agencies who recognize the need to take a customer centric approach and openly collaborate with their clients. Admedo’s modularity provides agencies with a fully customizable solution that molds to their business needs and way of working just as theirs does for their clients. Admedo is a second generation DSP which means the technology is amongst one of the most developed on the market compared to those that have been around for five plus years.

Partnerships are built on trust, and that is something all the independent agencies agreed on at the Summit.

If you would like to download the slides Khalil presented, please click here to access them. To learn how Admedo may be able to support you, please get in touch with us at [email protected] or call (+1) 843 683 2643. 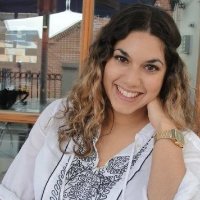 Adela has worked in digital marketing across the retail, travel and B2B sectors. She lived in Spain for a year before trading in the mediterranean to work for a multi-website online retailer based in the UK which is where her marketing career began. Adela is the Marketing Manager at Admedo where she manages all elements of marketing strategy from branding, aquisition, content, PR and events.
Adela Blackford Marketing Manager 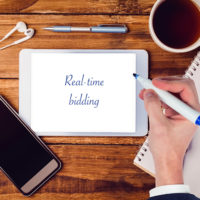 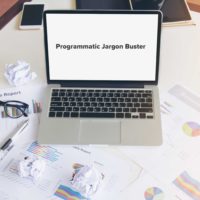